The best ski resorts for a weekend on the slopes

Strap on your skis and goggles, as we list some of the best resorts near to Barcelona, as well as winter sports agencies that will take the hassle out of planning a break on the slopes… plus this crazy Andorra weekender!

However those who paid attention to geography at school might recall that the Catalan capital is just a couple of hours drive away from the Pyrenees (the 500km long mountain range which divides Spain from France and encompasses the tiny country of Andorra) where you can find snow-covered slopes from November to April nearly every year.

The Catalan capital is just a couple of hours drive away from the Pyrenees where you can find snow-covered slopes from November to April nearly every year.

In fact, there are over twenty ski resorts within easy reach of Barcelona for those looking to combine a city break with a snowboarding or skiing holiday!

Of those twenty, the closest are La Molina, La Masella and Port del Comte, which are only 2 hours by car or train from Barcelona airport or city centre, whilst the major skiing areas of Grand Valira and Vallnord in Andorra are not much further: the former includes the popular resort of Pas de la Casa, known for its lively apres-ski scene.

Enjoying a weekend on the slopes…

For those willing to travel a little further the area of Baqueira-Beret is just over 4 hours away by car from BCN and offers probably the best skiing and snowboarding in Spain, with 4700 acres over six peaks served by 33 lifts.

In general their are several advantages of a skiing holiday in the Pyrenees versus the Alps: by far the biggest is that the slopes in Andorra and Spain are a LOT less crowded than in the big resorts in Switzerland and France – so if queuing for lifts every morning is a personal bugbear of yours then maybe it’s time you started looking around for flights to Barcelona!

The other major pro is that price-wise everything from accommodation to ski passes and ski and snowboard rental tends to be that bit cheaper. The Pyrenees of course aren’t as high at the Alps and there is less snow, however all of the resorts near Barcelona have snow cannons on the pistes – so you’ll get your fix, even if Mother Nature doesn’t want to play ball.

Spain’s very first ski resort, La Molina opened in 1925 and offers 61 runs over a skiable area of 67 kms. Its facilities have been revamped considerably in recent times, and it is now considered part of one giant resort called Alp 2500 with the nearby town of Masella. One of the most accessible recreation areas from Barcelona, you can get there in around 2 hours by car, as well as take the train.
www.lamolina.cat

Slightly bigger than La Molina, this neighbouring resort is particularly famous for its night skiing opportunities. With 13 floodlit slopes, it is the largest floodlit ski area in the entire Pyrenees.
www.masella.com

The largest ski resort in Spain is situated 300km away from Barcelona and takes about 4 hours to reach by car, and is considered one of the best in the country. The distance from the Catalan capital certainly places it out of reach of a day trip, but for a quality weekend skiing you would be hard pressed to do better. The majority of runs are blue and red, making it perfect for intermediate skiers, but with 99 runs on 146 kilometres of marked pistes you can find a slope for every level.
www.baqueira.es

Around 3.5 hours away from Barcelona, Grand Valira is a ski resort made from six small villages in Andorra, which together form the largest ski area in the Pyrenees (even larger than Baqueira-Beret). The six ski areas are all connected by a modern express lift system, meaning the winter sportsman can access a total of 110 runs over 210 kilometres of alpine pistes. Twenty two black runs make this a great option for serious speed demons. There are also three snowboard parks.
www.grandvalira.com

The nearest ski resort to Barcelona, Port del Comte is found in the mountain range of the same name, in the pre-Pyrenees. If has a total of 37 slopes (mostly blue and red runs) and 16 lifts, and whilst natural snow is not guaranteed, the resort’s 256 snow cannons to ensure plenty of fresh powder all season.
portdelcomte.net

To book a skiing or snowboarding trip in the Pyrenees we suggest you take a look at the offers of the following travel agencies who specialise in winter sports, and can help book everything from chalets/hotels, to transport and ski pass and rental.

Established in 1986, Estiber have plenty of great offers on skiing holidays in both the French and Spanish Pyrenees and Andorra, whether you’re looking for a weekend trip, 2 day midweek break, or a longer vacation. They even organise a weekly ski bus from Barcelona every weekend during winter, perfect if you’re a BCN resident and fancy getting out of the city and onto the slopes. Check their website for more info and their latest deals/offers.
www.estiber.com 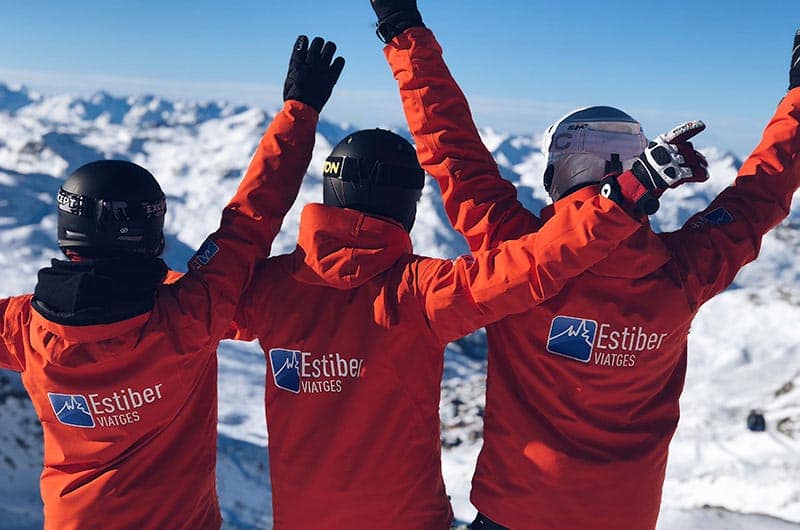 A great option for youngsters who want to combine a bit of on the piss with on the piste, this weekend skiing package departs once a month January through to March, and is run by one of the city’s most famous travel companies. They’ve put together an all inclusive package of transport to one of Andorra’s best winter resorts, plus accommodation, ski pass and equipment for the affordable price of 280 euros. 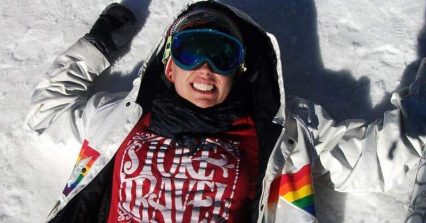 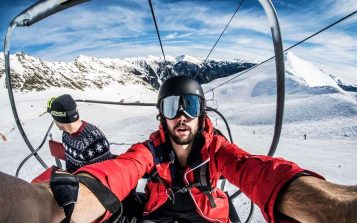 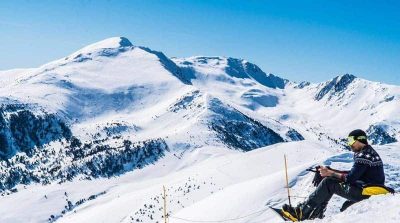 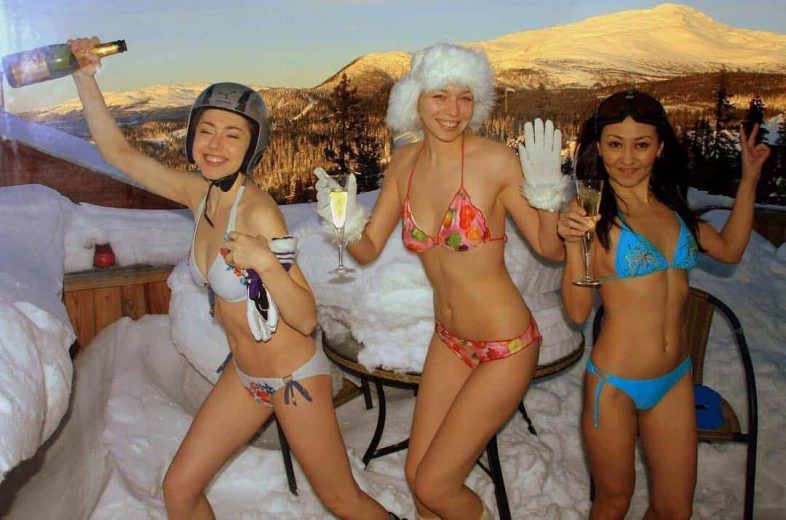 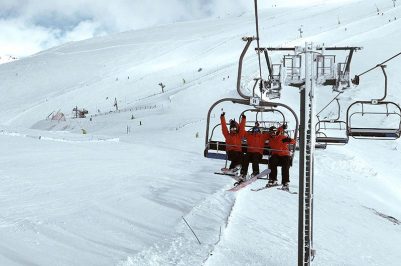 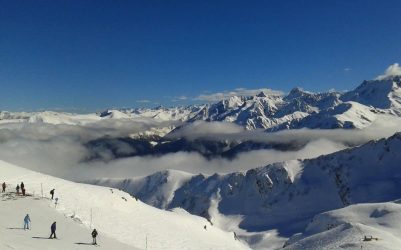 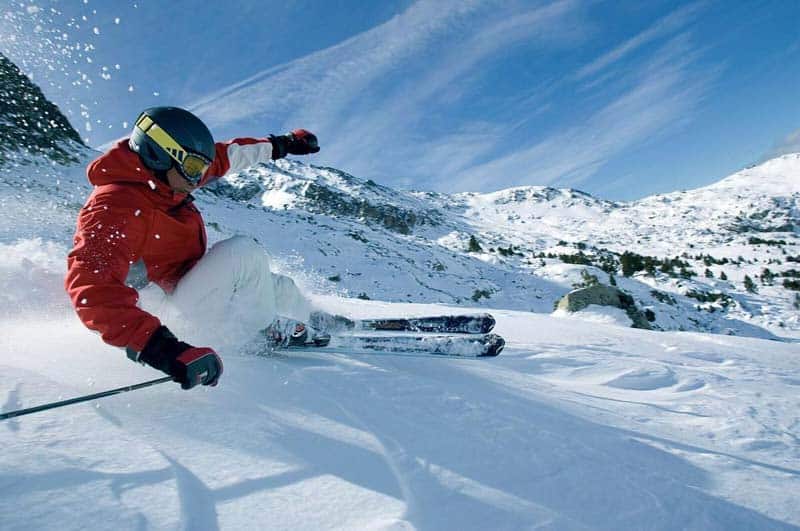 Overall, a great choice for skiers and snowboarders who want to experience some lively apres ski as well making trails. Check out our partner’s website for more info and reservations. The tours have limited space, so best to book as early as possible. You may even find some ‘early bird’ ticket discounts…

What to do in December