Barcelona is one of Europe’s most cosmopolitan cities, attracting people from all corners of the globe to set up shop and home here in Catalonia. Here’s some starting advice if you want to come and join us…

So you’ve decided to up sticks and move to balmy Barcelona? Well who could blame you! With its stunning Modernista architecture, courtesy of Gaudi and co., the lifestyle of eating tapas al fresco and drinking Cava and cocktails until dawn, and of course the beautiful array of beaches and reliably good weather, Barcelona offers a quality of life that many Northern Europeans can only dream about. In short you’ve made the right decision. But just to make sure your expat experience goes according to plan you might want to peruse this page to make the most out of living and working in Barcelona.

Language and Culture in Barcelona

The first thing to bear in mind when moving to Barcelona, is that whilst outsiders tend to consider Barcelona part of Spain, the native Catalans consider Barcelona as the capital of Catalonia, an autonomous region with dreams of complete independence. In fact, if you’ve been watching the news for over the last few years you can hardly have missed their point! Even as it stands, with Catalonia as part of Spain, Catalan is the first official language of the the city and region, with road signs, metro instructions and other public notices often appearing in Catalan and not Spanish, whilst Catalan is spoken in all public institutions – such as schools. 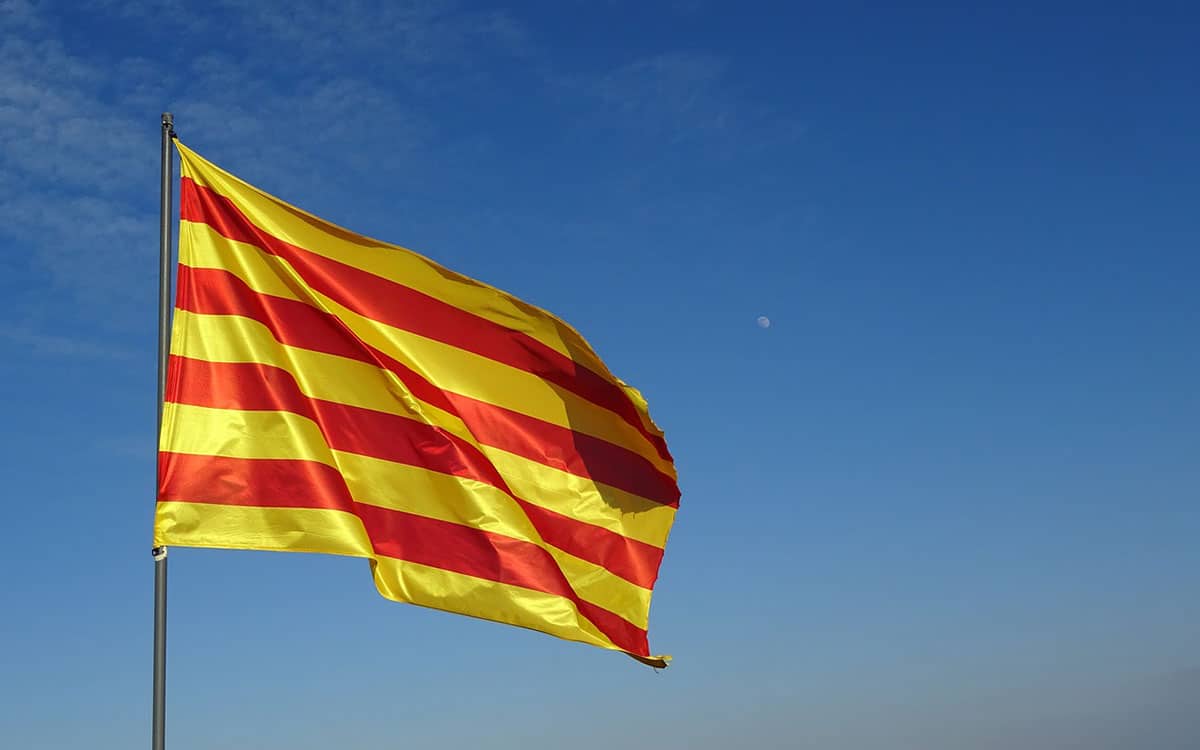 Fear not Spanish-speakers however, Castilian is still very much the lingua franca of Barcelona due to the large number of non-Catalans (including expats) who live and work in city, and the fact that all Catalans speak Spanish as well – albeit reluctantly in some cases on account of their regional pride. For these reasons, if you’re planning on spending any time in Barcelona, then you should definitely do your best to pick up at least basic Spanish, and there’s certainly no shortage of language schools in Barcelona willing to help you. For day-to-day purposes, you might be able to get by in English but for emergencies and for dealing with household situations, Spanish is essential – finding an English-speaking locksmith for example isn’t easy!

The Catalan culture on a superficial level is quite similar to Spanish culture (no doubt many tourists have left here quite oblivious to the notion of “Catalunya”!), however some of the famous associations you hold with Spain don’t wash here in Catalonia. Bull-fighting has been illegal here for some time (and indeed the Catalans reject the bull as their national animal, selecting the Catalan donkey instead), the sardana is preferred to flamenco, and people don’t usually sleep during siesta (they do shut their shops however, much to the irritation of expats/foreigners used to more regular hours).

Catalans pride themselves on their mix of seny and rauxa, common sense and passion, and with their rich heritage of artists, such as Joan Miro, writers, like Joan Maragall, and – of course – architects, it would be churlish not to differentiate between the two cultures. A good way to ground yourself in your new locale would be to read some of the better books about Barcelona and Catalonia.

Whether you’re pro-independent, a Spanish unionist, or politically indifferent, there’s plenty to celebrate in both Catalan and Spanish culture here in Barcelona where these two worlds collide. It’s rarely boring!

Spain and Barcelona were hard hit by the global economic crisis, and still have problems with unemployment, and in particular youth unemployment. However with its geographical situation as a port city, good transport infrastructure, a great lifestyle which attracts multinationals and foreign businesses, and of course the city’s huge tourism industry there are still plenty of opportunities for job searchers, especially for those who speak Spanish and/or Catalan along with English. Banking and logistics sectors are particularly big, and currently the city is successfully transforming the district of Poblenou into an IT and technology hub (dubbed 22@) in the style of Silicon valley, as Barcelona sets itself for further growth. 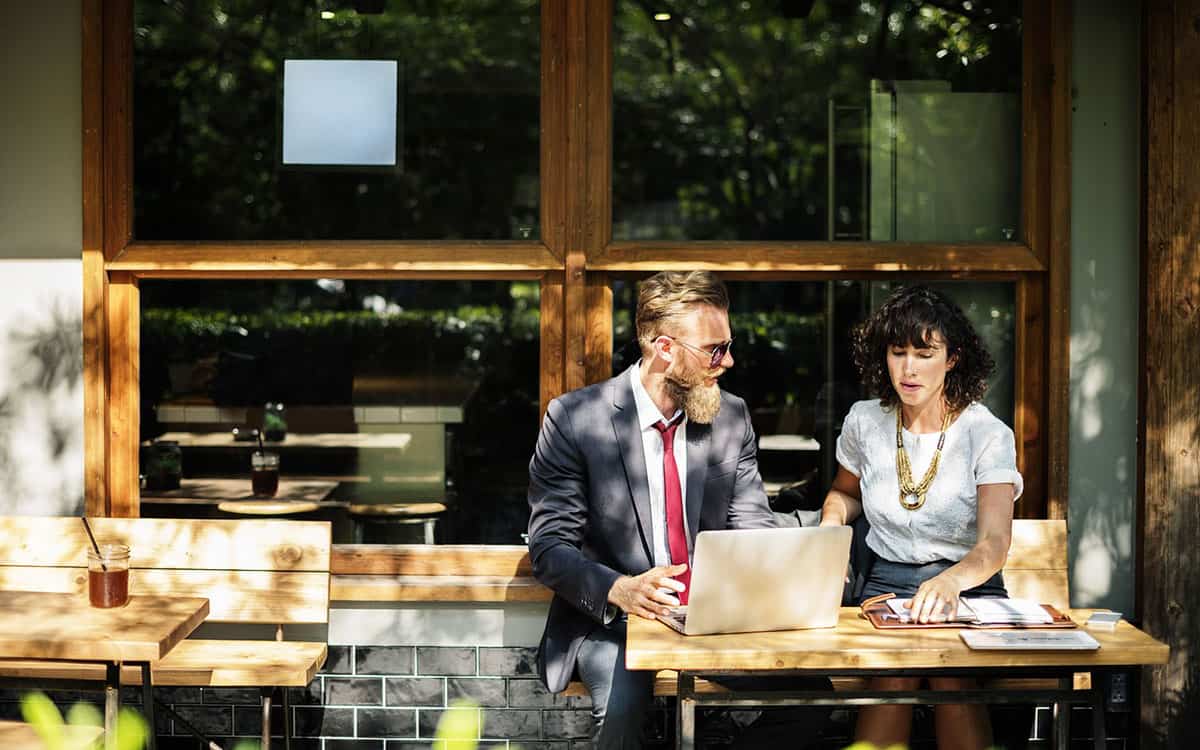 For more casual, seasonal or short term work then you might be best contacting restaurants, hotels and bars with your CV, whilst plenty of opportunities also exist working as nannies or au pairs, or teaching English as a foreign language.

As usual the Internet is the best tool for beginning your search and a little Googling should reveal some handy resources. Jobs in Barcelona is a great place to start, whilst Craigslist has a mixed bag of opportunities.

If you’re a self-motivated sales person then read up on our current sales opportunities with Barcelona Life for a chance to join our team! We’re looking for a business partner who can help monetise this wonderful website, which is currently run by a bunch of Bohemian artist types.

Registering for your NIE

NIE stands for Número de identidad de extranjero (Foreigner’s Identity Number) and is legally required for any foreigner living in Barcelona, which for EU citizens means anyway staying longer than 3 months. It is required for opening a bank account, buying property, finding employment, registering as self-employed or for getting your Bicing Card (for the city’s shared bike system). Getting one is a bit of a pain in the @ss. No doubt we’ll return to the topic in time, with some step by step instructions, but in the mean time one easy way to get one is by employing an immigrant specialist to help you book your appointment at the police station and have all the paperwork in correct order. Amongst the English speaking lawyers in Barcelona, the law firm Murla i Contreras are a safe bet! For many people the chance to live in Barcelona is motivation enough, above any financial rewards, and indeed many expats leave well-paid jobs in their home countries to take up less well-paid positions in Spain… but few complain about having a bit less cash to play with. When the sun shines (virtually) every day and you can spend your weekends lazing on Barcelona’s beaches, sipping mojitos at chiringuitos, nibbling on Spanish and Catalan delicacies on open squares in Barri Gotic, El Born and El Raval, and maybe supplementing these epicurean pursuits with some high culture in the form of opera at the Liceu Theatre or a classical performance at the Palau de la Musica Catalana, then you can truly say life is good. 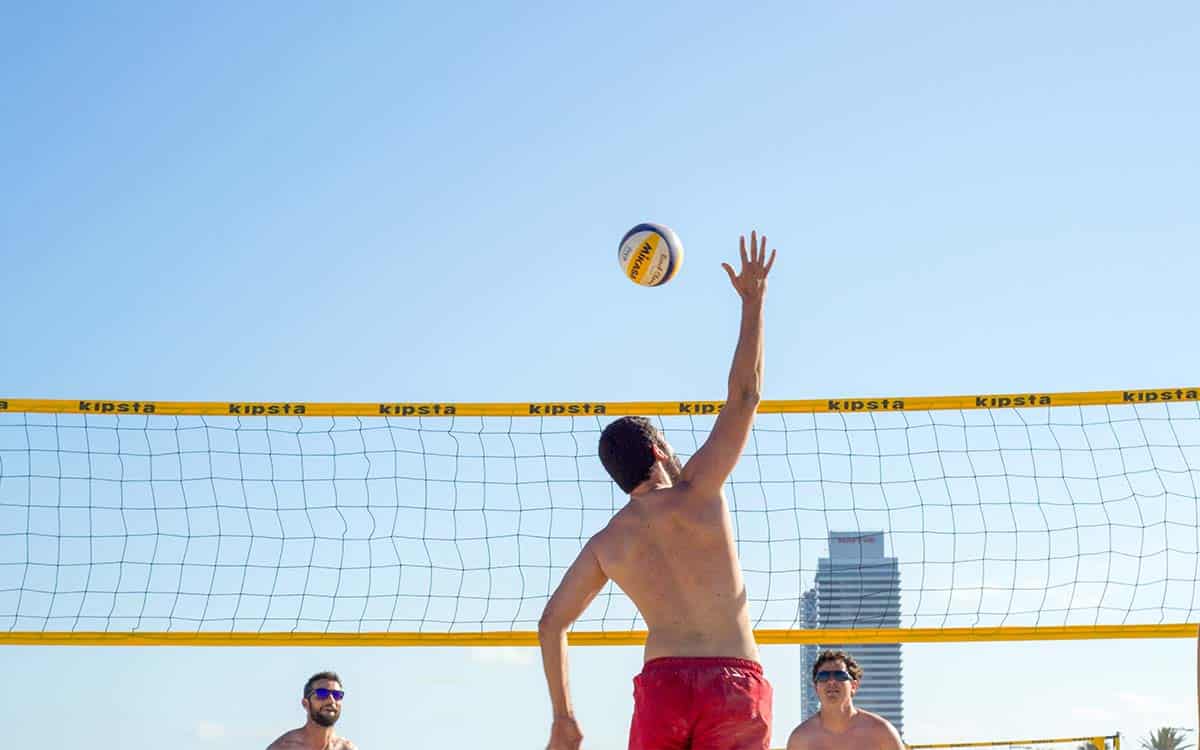 What’s more, as well as the infamous nightlife and parties in a seemingly infinite number of great bars and clubs, there’s wide range of entertainment to enjoy in the form of festivals, live music and a constant procession of great events.

Naturally sports fans can drool at the prospect of seeing the mighty Barca FC compete on a regular basis at Camp Nou, and there’s a tonne of outdoor pursuits to take part in as well – from skiing in Andorra nearby during winter, to mountain biking and kitesurfing during summer. 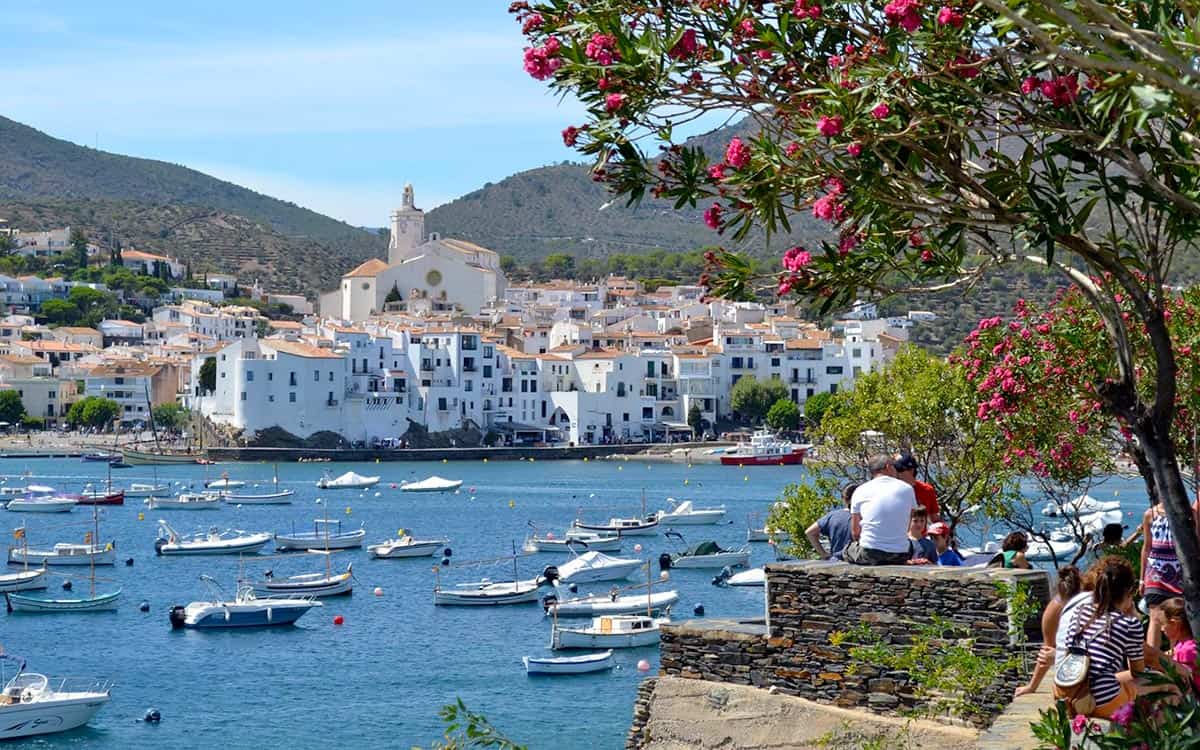 With the Pyrenees up the road, the Costa Brava coastline, and the beautiful countryside of Catalonia all nearby, life in Barcelona never need be dull! Weekend trips to Madrid and Valencia, and even San Sebastian are all possible as well.

Spanish food is world famous, and after the weather many would put the local cuisine as one of the main reasons for relocating to Spain. Tapas is the most famous, but is in fact a style of cuisine rather than a specific type of dish – anything served in small portions designed to be shared can be called a tapa, and we recommend you read our article on tapas dishes and restaurants in Barcelona for the lowdown. 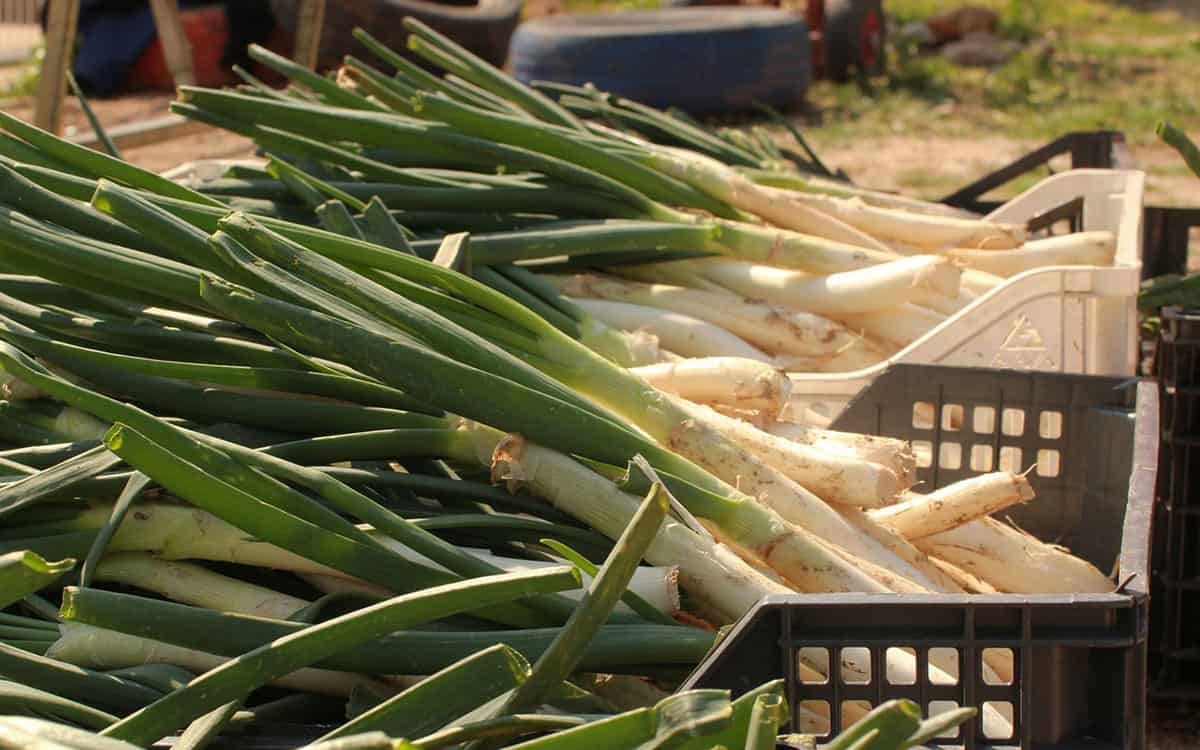 Paella and sangria are typical holiday-maker fare, but in Catalonia a bit more rare (or at least not consumed by locals). Traditional Catalan food tends to be earthy rustic fare, but thanks to a culinary revolution in recent years, modern Catalan cuisine is considered some of the best in the world, with chefs like Ferran Adria blazing a trail. You’ll find his Tickets Bar amongst our recommendations in our guide to eating out in Barcelona.

Drinks-wise you’re in right in the heart of Spain/Catalonia’s Cava country. The Penedes region is where you’ll find a host of vineyards producing both fine table and sparkling wines. You’ll find a scattering of authentic Cava bars for trying it yourself, or else sign up for a wine tour.

Whilst your sophisticated taste buds are sure to appreciate these sensory pleasures, there will naturally be some times when you simply want to get your hands on some of the familiar food and drink you know from back home. Major international supermarkets like Carrefour and Lidl should stock many of the global brands you know and love, whilst the odd jar of Jamie Oliver’s chili pasta sauce has been spotted even in the Spanish supermercados.

Knowing a few friendly bars where you kick back with a beer in good company can make any transition a lot easier, and in Barcelona there are no shortage of international bars, restaurants and hang outs.

For those feeling nostalgic for home there are a glut of great British and Irish pubs that welcome the homesick with a pint of Guinness. I’ll give a special mention to both Flaherty’s and the Wild Rover, two charismatic boozers at the bottom of Las Ramblas that are also reliable bets for all your Premier League and other sporting needs. Younger expats in particular will love Belushi’s Bar, where its easy to bond with travellers and international folk over a game of pool, table tennis or beer pong.

For great cocktails and brunch try any of Marmalade, Milk or Firebug, three Irish-owned bars with great customer service and cosmopolitan patrons.

More recently the city has been blessed with a blossoming of craft beer bars, so check out CocoVail and Garage too, if you love a good session IPA or fruity saison.

Obviously one important aspect that the prudent will want to resolve as swiftly as possible is your health coverage. Whilst your European Health Insurance Card will cover you in the short term, it is intended to be used for emergencies by those travelling, and not for those who are relocating to Spain. To access the same health privileges as native Spanish / Catalan residents you need to register for your Tarjeta Sanitaria.

Head to our dedicated article for more advice on health and healthcare, plus we also list several health practitioners and medical centres in our Services section, from English-speaking doctors to HIV testing clinics.

Obviously if you’re moving your whole family to Barcelona, you’ve got more to think about than just yourself. We invited a local writer who’s been through the process to pen these tips on moving to Spain with children.

Naturally there are a thousand other considerations and practicalities to take into account if you’re thinking of joining Barcelona’s expat community in the sunny Med. We’ll come back and update this page with some info on international schools, living costs, finding accommodation, including house-buying, and much more. In the meantime you might want to check out our the business directory where we have some handy information on everything from English-speaking doctors to accountants.