The highlight of the year for many locals (except those that actually live in Gracia… who tend to go on vacation to escape the incessant noise!), this is the most famous of Barcelona’s festes majors, the district street festivals that keep the city partying throughout summer.

Every year Gracia’s neighbourhood associations compete with each to see who can decorate their streets with the most pomp and style, often spending half the year preparing for the grand finale. Now, don’t get your expectations up too high… this is not done on the magnificent scale of Las Fallas for example, rather there’s a distinct Blue Peter feel about the handiwork… but it’s all good fun and some of the end results are impressive.

Whilst the street decor provides the eye candy, several streets and almost every picturesque plaça in the barri will have a music stage set up, with live bands belting out Spanish rock and classic covers, and DJs spinning anything from salsa to dance hits.

It’s all good clean fun for the whole family, although the most common age range will undoubtably be teenagers to late twenty-somethings. But don’t be surprised to see plenty of grandmas and toddlers letting loose either. 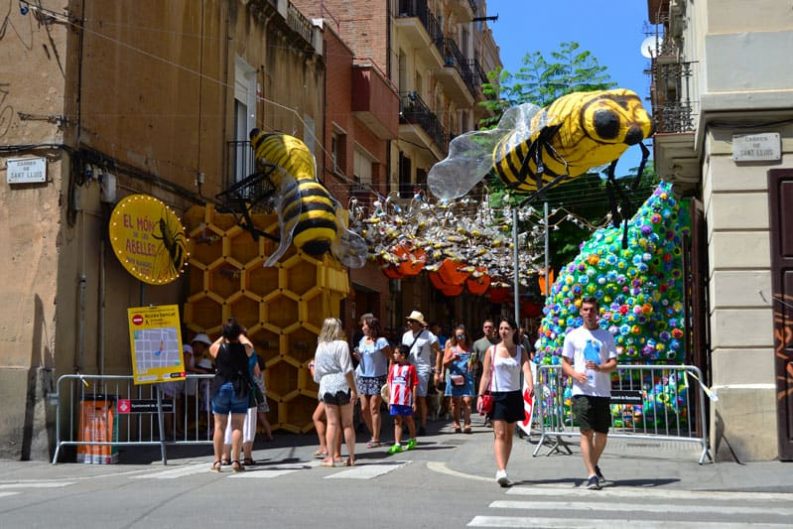 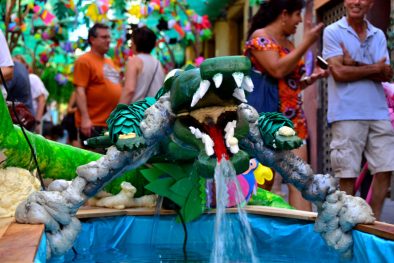 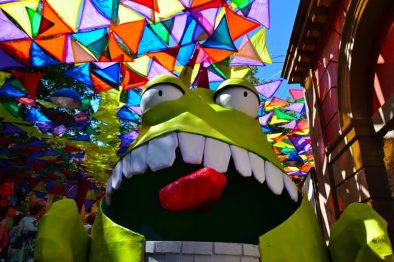 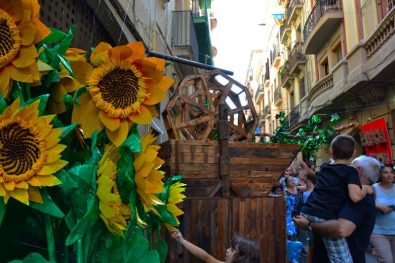 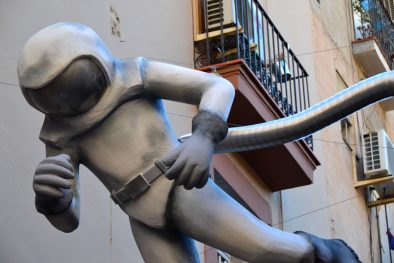 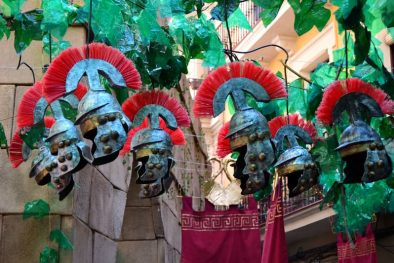 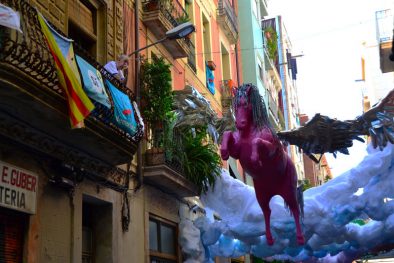 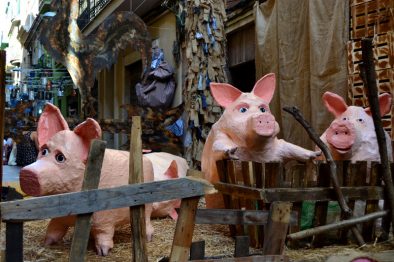 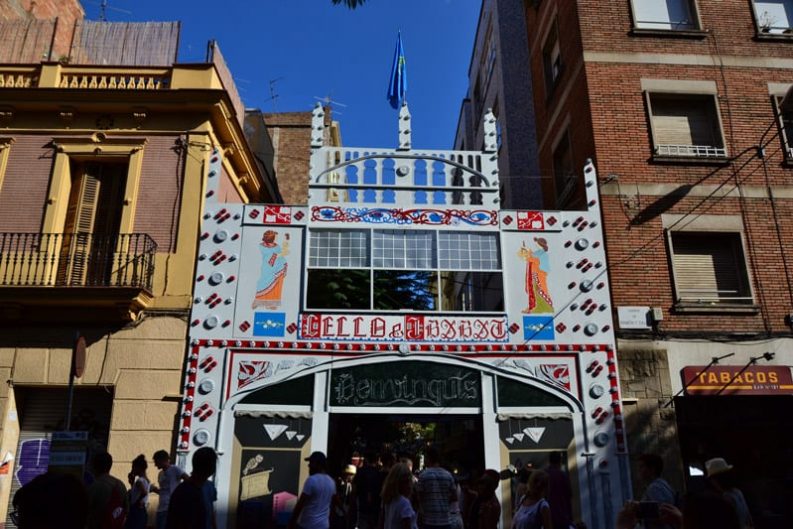 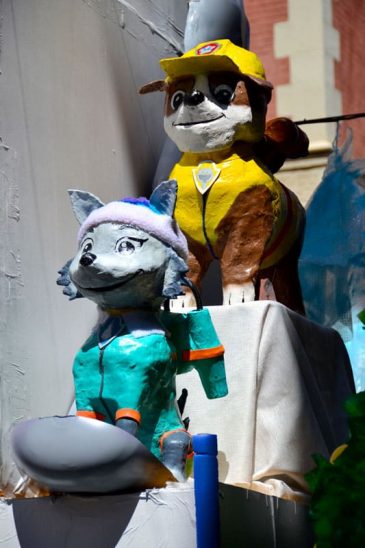 How to Get There

Head to Fontana metro stop on the green line, or Joanic on the yellow and you’ll be close to the action. After that you can follow the noise, or the crowds to find concerts. There’s always plenty going on, on Plaça del Sol and Plaça de la Vila de Gracia, or check our map of the participating streets. The party seems to finish earlier every year, but at the weekend concerts should go on til 2:30am at least. Everything (except the booze) is free.

Map of Dressed Up Streets

Here’s Barcelona Life’s map of the festival’s decorated streets. These also tend to be the ones that erect stages on throw on concerts as well. Click on the square icon in the top right corner to interact with the map using your phone.

Throughout the seven day festival there are dozens of more cultural events, some of which give you a chance to see some Catalan local traditions at close quarters.

Diada Castellera de Festa Major (19th August)
You can find Catalans constructing their human castles most days at Plaça de la Vila de Gracia, normally around 8pm, but the practice sessions culminate during this occasion with several other local groups of castellers invited to do their thing from 6pm.

Correfoc (21st August)
The festival’s fire run kicks off at Plaça Trilla at 9:30pm and finishes at 11pm at Plaça de la Vila de Gràcia. In this bizarre two fingers to health and safety regulations, pyromaniacs dressed up as devils parade through the barri, unleashing a shower of sparks on anyone who gets too close to the action. This event is preceded by a drum parade, starting at 8pm, whilst those with small children can check out a correfoc infantil at Plaça del Diamant at 6:30pm.

You can practice your Catalan on the official website: www.festamajordegracia.cat