Nothing quite marks the festive season like the smell of pine trees and mulled wine, the sight of merry children gambolling around free from their term time studies, the sensation of crisp cold air on your cheekbones, and a figurine of your (least) favourite celebrity hitching down their pants and taking a dump.

Welcome to the bizarre world of Catalan Christmas traditions.

The Caganer is an omnipresent figure this time of year. Its classic form is that of an archaically-dressed Catalan peasant, replete with kitsch red cap, squatting down in the Christmas manger, doing a number two, amongst the shepherds, wise men and other assorted gift bringers. Indeed, if Jesus had been born in Catalonia, maybe this would have been the very first thing his newborn eyes would have seen.

While it looks more like sacrilege than sanctity, this humble character is in fact a late 17th century throwback whose poor bowel control symbolises good luck and fertility for the year to come. (Or at least that’s one theory… you can read through several more on Wikipedia).

At some point, in the region’s more recent history, someone rather clever seized on the commercial potential of this Christmas crapper and started popping out celebrity versions of the nativity nugget-dropper.

We recently passed by the main Christmas market to get some photos of these (in)famous defecating figurines, for your delectation…. whether you want to fork out upwards of €15 for one, we’ll leave to your discretion. 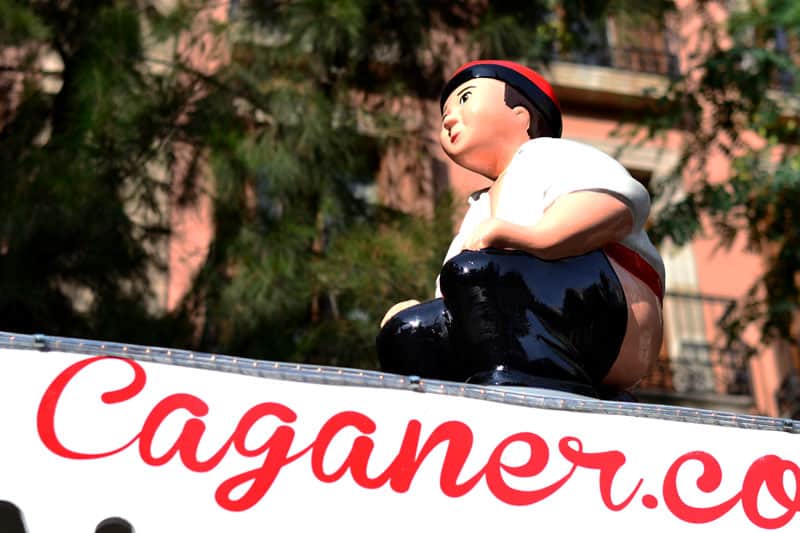 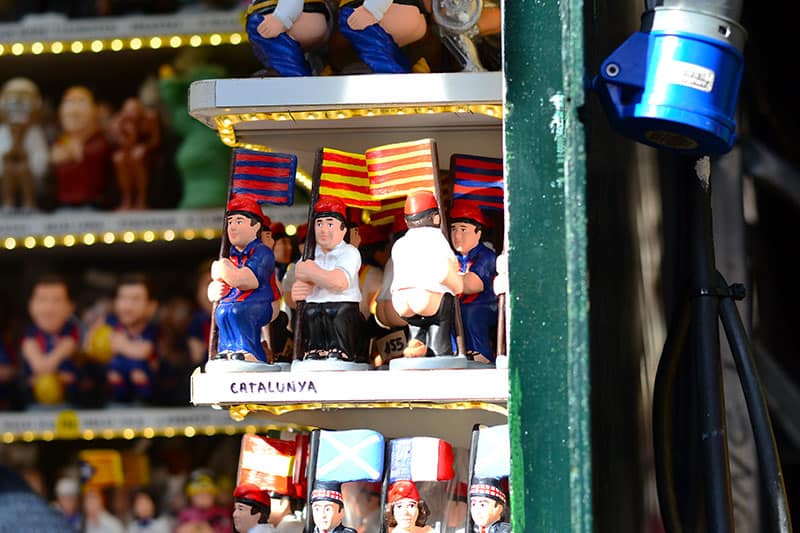 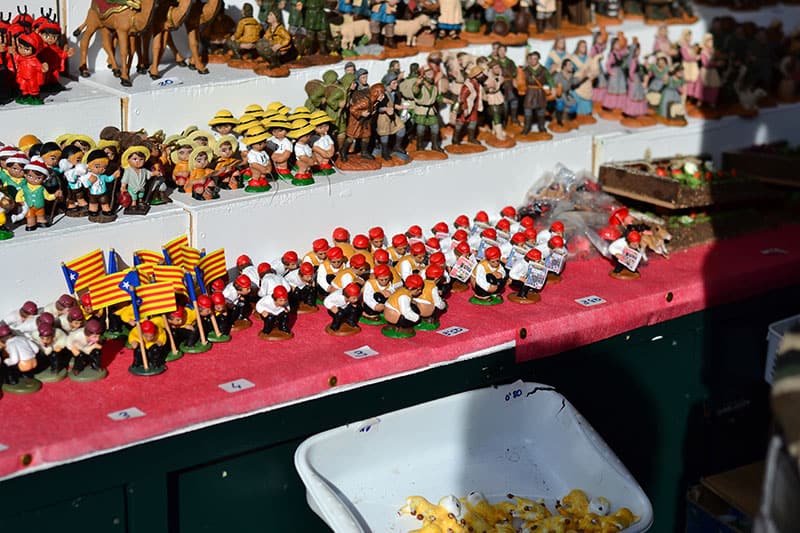 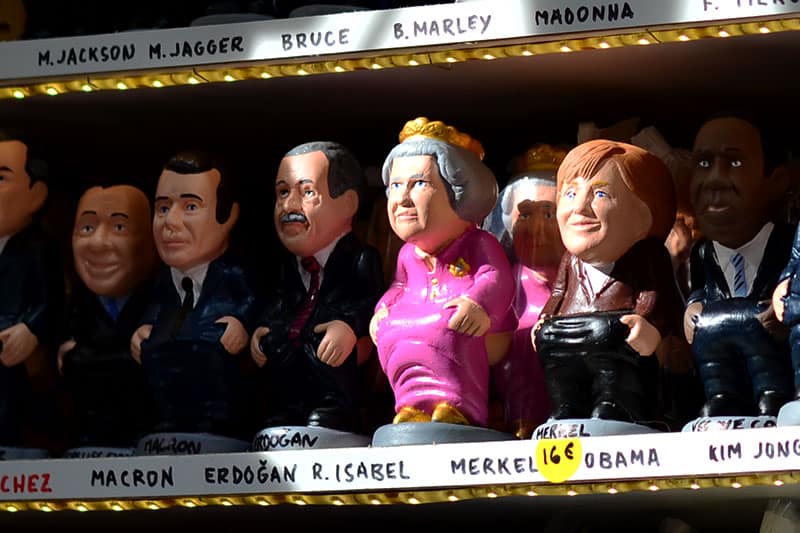 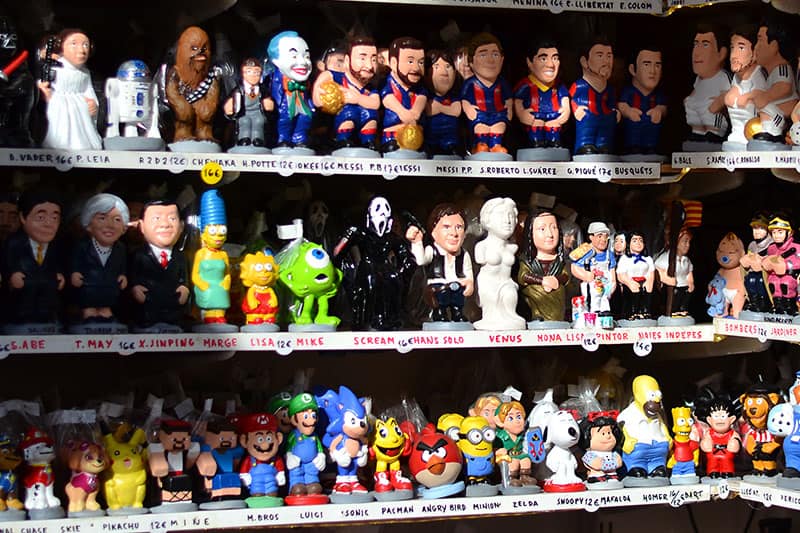 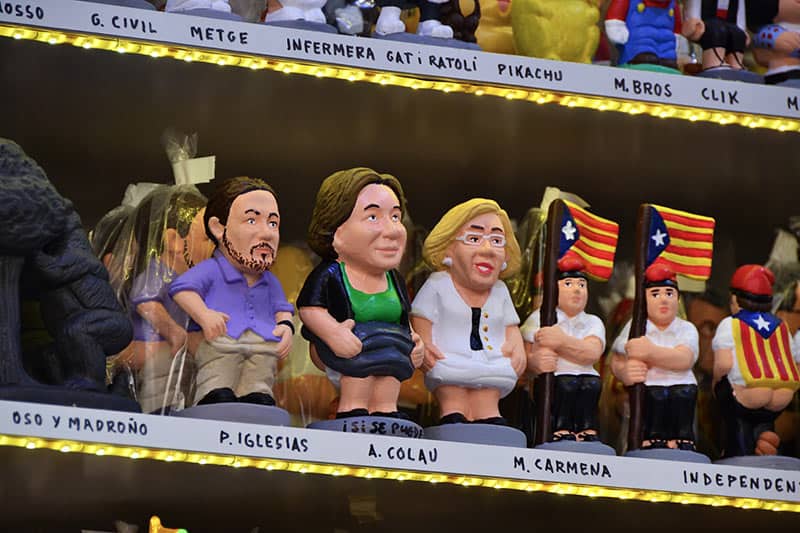 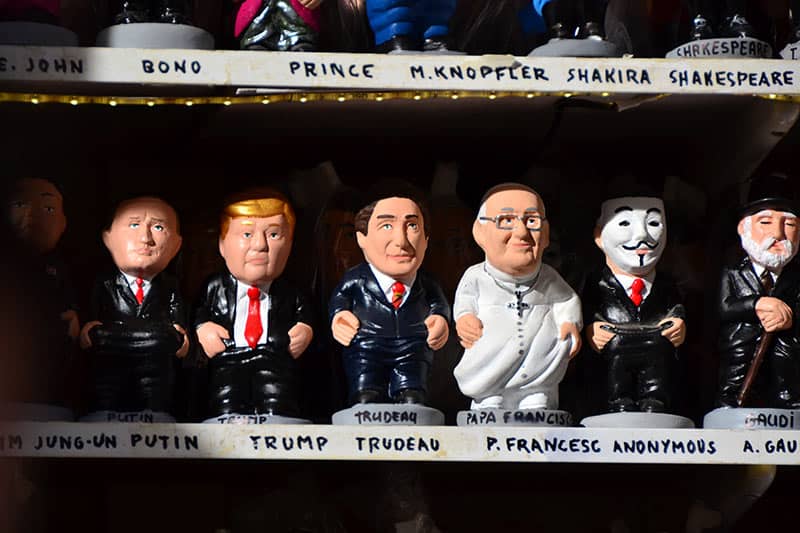 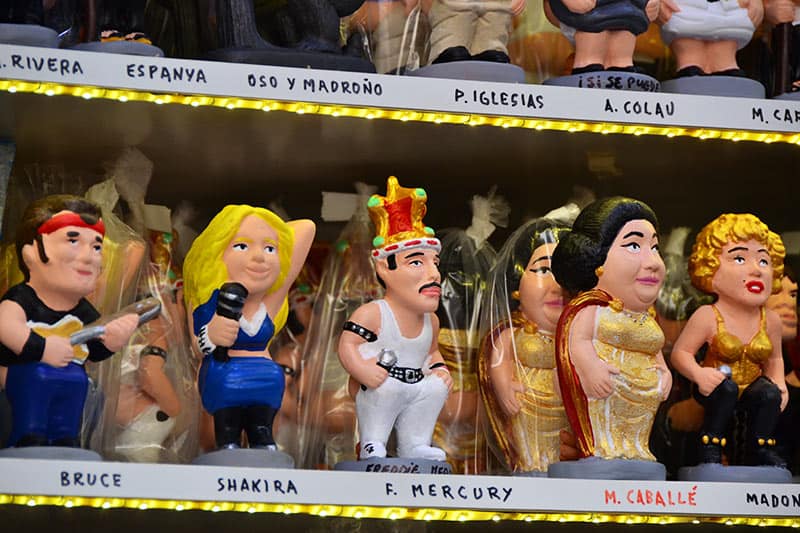 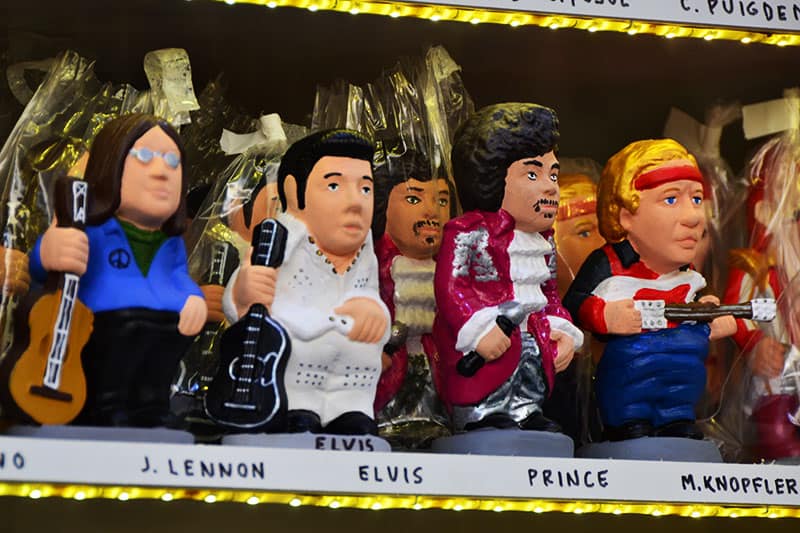 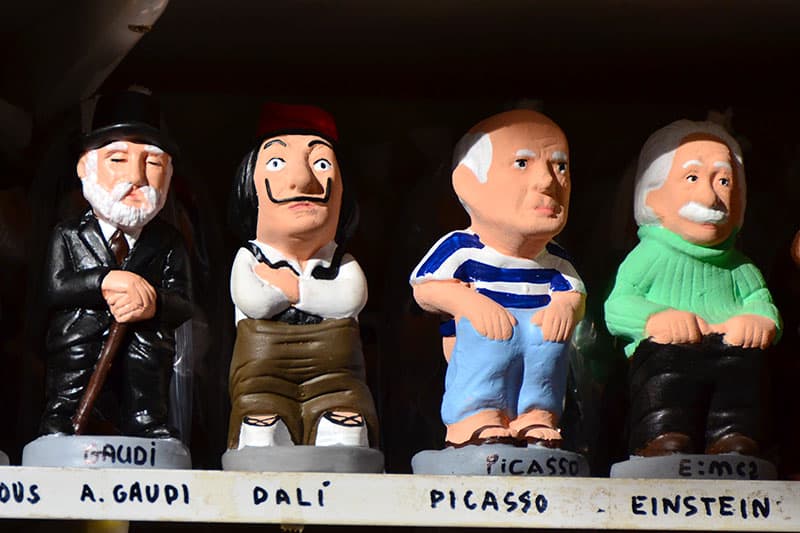 For even more crappy Catalan traditions head to our feature article on all things Christmas in Barcelona, whilst our posts on what to do in December and where to party on New Year’s Eve could also prove useful reading this time of year! 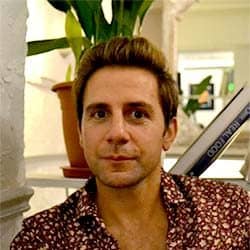 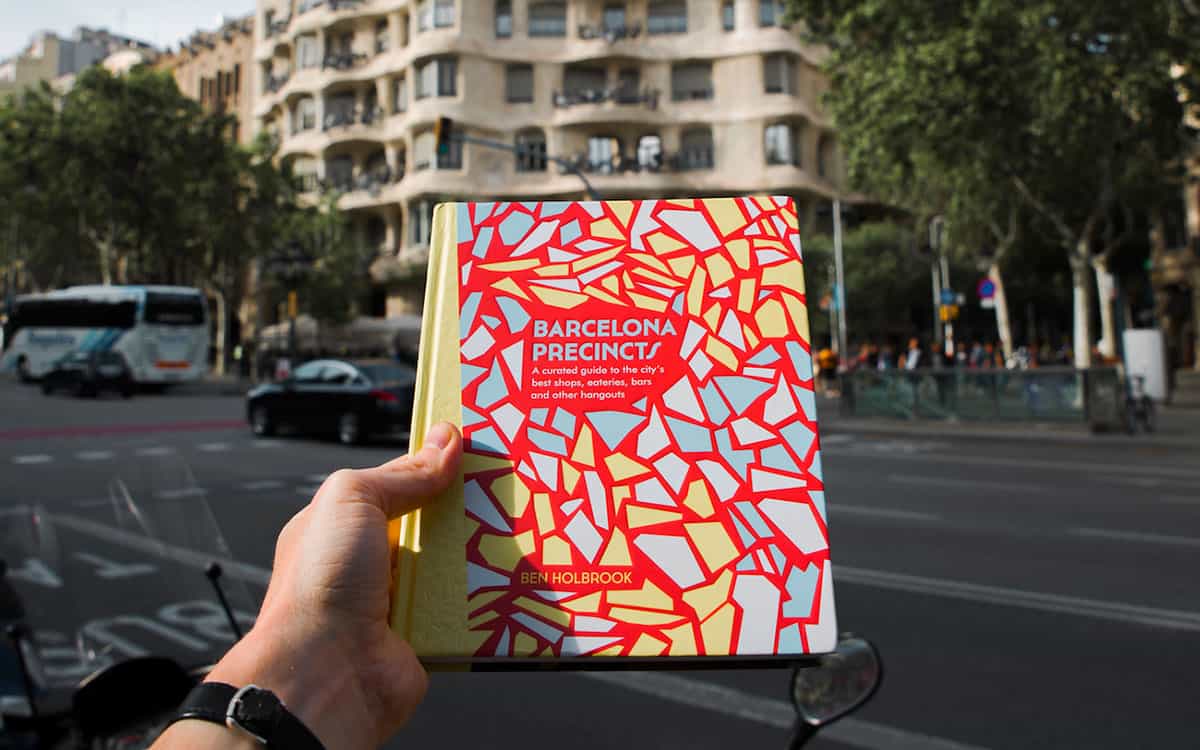 Things To Do At Night

The Best Photography Spots in Barcelona