Football’s greatest rivalry: the history… and how to get tickets!

What happens when football’s two most celebrated sides go head to head? It’s more than just a match! Keep reading for the history of this sensational soccer derby, when and where the next fixtures take place, and our guide on how to buy tickets for the big game.

El Clasico, or ‘The Classic’, is the name given to football’s greatest rivalry and one of the world’s most popular sporting events… FC Barcelona vs. Real Madrid.

On the surface the game represents the two greatest footballing teams in Spain – some would say the world – which would make it an arresting enough contest in it’s own right. What sports fan wouldn’t want to see talents like Lionel Messi and Gareth Bale go head to head? But underneath the surface there is much more at stake.

FC Barcelona‘s motto has always been Mes que un club, or ‘More Than a Club’ and, in the face of oppression of the Catalan culture, a victory for Barcelona was seen as more than just a sporting victory – it was seen as a battle won in the war of Catalan vs. Spanish nationalism. 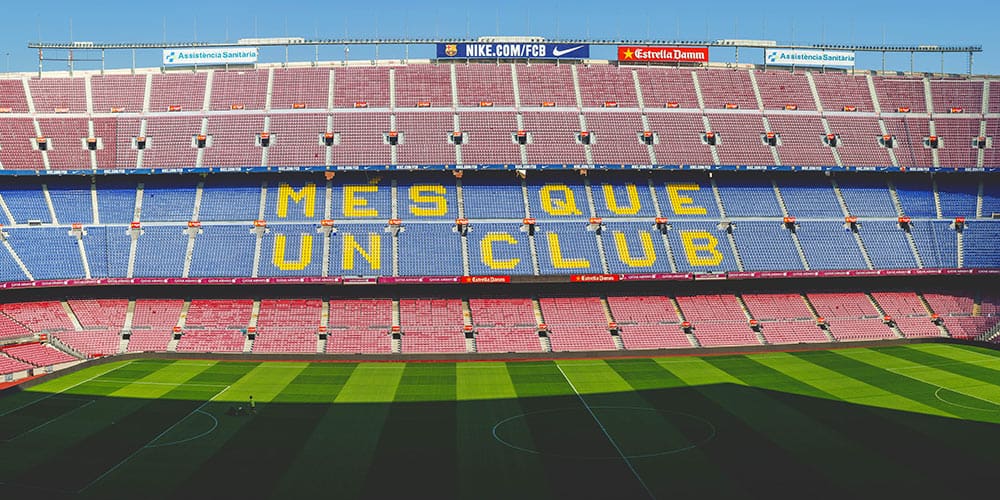 This political aspect of El Clasico can’t be understated, as during the Franco era (which lasted from 1939 to 1975), the Catalan culture and language were actively repressed by Spain’s centralist dictator who banned the teaching of Catalan in schools and the use of the language in any official or public capacity. In these difficult times for the region, love of FC Barcelona was one of the only ways Catalans could express their regional identity and for them Real Madrid, with their ties to the capital, Spanish monarchy and Franco himself, represented their oppressors and with it Spanish arrogance.

Whilst Catalonia’s position as an Autonomous Region of Spain is much preferable to those darker days, the recent cries for full independence means that the political significance of El Clasico has lost little of the piquancy of old… it’s always a full-blooded, and often bad-tempered contest, with both Catalan and Spanish pride at stake. 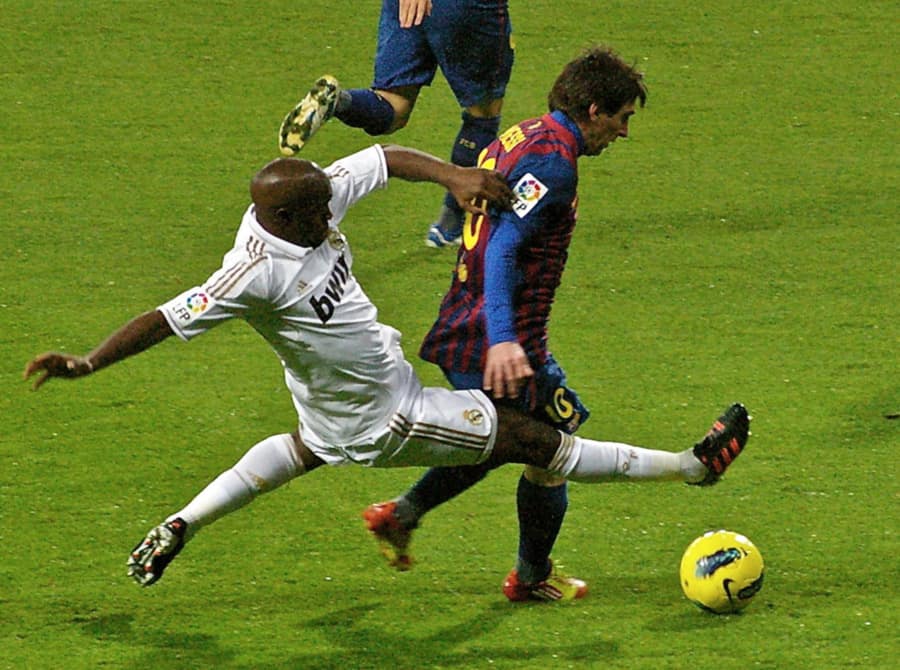 Not only that, but as both Barcelona and Real Madrid typically play at a level above the next best teams in Spain, the team that fares better in the two Clasicos of the season (the home and away fixtures of La Liga, played in Camp Nou and the Bernabeu Stadium) often go on to win the league.

Naturally tickets for El Clasico are rarer than gold dust… I mean anyone can grind up a bit of gold into small particles, but show me the man with a spare ticket to Barca vs. Madrid!

Your best bet is to study La Liga schedule and buy your tickets through a reputable ticket booking agency ahead of time. If you’re extremely lucky you may even be able to buy them via the two team’s official sites. More info on both below.

Probably the best place to search is Ticket-Compare.com as they handily compare the prices of several agents and resellers, helping you get a much better deal. Given that some resellers add a HUGE mark up, this is a really smart website to go through, as you are almost guaranteed to get the cheapest deal possible. That could mean saving hundreds of euros in this case!

With the caveats listed above, you can try to book directly through the clubs’ websites.

How Much Do El Clasico Tickets Cost?

Well how long is a piece of a string… if you do manage to nab them on one of the clubs’ official sites (you’ll have to log on the second they go on sale!) you might end up paying just €150 or so. But chances of that happening are something akin to winning the lottery, as local fans and members will be snapping those up pronto. Tourists and travellers will likely have to go through an agency, where you can expect to pay from €300 to €350 for a category three ticket (ie. behind the goal, at the top of the stadium). If you want to be pitch-side over the half way line then you might be looking at €500+, whilst VIP boxes cost more than most people’s monthly salaries.

When & where is the next Clasico?

The next fixtures in football’s greatest derby are:

As well as the home and away fixtures of La Liga (above!), depending on Copa del Rey and Champions League draws, the two teams may meet a third, fourth or even fifth time in the season. We’ll keep this page updated, so be sure to bookmark us.

One final warning, sometimes these games are rescheduled by one day (sometimes moving from a Saturday to a Sunday for example), so try to keep your flights and travel arrangements flexible if at all possible.

Where to watch El Clasico in Barcelona?

If you can’t snag seats at Camp Nou and you want to watch the game, don’t worry every bar in the city will be showing it. For a list of our favourite sports pubs keep reading.